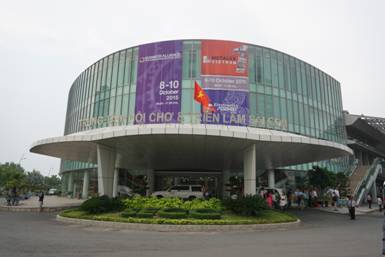 1. Overview of METALEX VIETNAM 2015 Exhibition
METALEX VIETNAM was held for the first time in Ho Chi Minh City, Vietnam in 2007. It has been held once every year and has been held for 8 times. It has become one of the largest and most professional exhibitions of machine tools and metal processing machinery in Vietnam. A brand advantage has begun. Also in the same period as METALEX VIETNAM 2015 is the Electronics Components Exhibition (2015) and the Business Alliance for Supporting Industry 2015. The three exhibitions have a total exhibition area of â€‹â€‹approximately 8,000 square meters and more than 200 exhibitors from more than 10 countries and regions including Germany, China, Japan, Korea, Singapore, Thailand, Vietnam and Taiwan. There are 14 exhibiting companies in mainland China with a total exhibition area of â€‹â€‹about 120 square meters. There are 12 exhibiting companies in Taiwan, China.
The well-known companies in the industry and their exhibits include ABB (Vietnam) industrial robots, AMADA (Vietnam) CNC turret punching, SODICK wire cutting, Takamatsu (Thailand) CNC car, Hexagon (Thailand) measuring instruments. , the industrial robot and screw guide of Shanghai Silver Technology, the lead screw guide of THK, and the bearings of Japan Koyo. The number of machine tools on display was small, with only 10 units.
Japanese companies account for the vast majority of exhibition area distribution, more than half of the total exhibition area. The pavilions of China, Taiwan, South Korea, Singapore, Thailand and other countries and regions account for a small area. In Vietnam, there are three distributors of Mitsukoshi Technology Co., Ltd., TAT Machinery Co., Ltd. and PAB Technology Co., Ltd., and the exhibition area of â€‹â€‹the three companies is about 200 square meters.

2. Vietnam market situation
Vietnam belongs to developing countries, WTO member countries, and has trade relations with more than 150 countries and regions in the world. The self-sufficiency rate of metal processing and industrial products in Vietnam is less than 10%, and more than 90% depends on imports, of which mechanical tools and parts account for the largest proportion of imported products. The main imported goods are: mechanical equipment and parts, refined oil, steel, textile raw materials, leather, cloth. The main sources of imports are mainland China, Taiwan, Singapore, Japan, and South Korea.
In recent years, Vietnam has opened up many industrial zones to meet growing manufacturing demand and attract investors with preferential tax, land and rental prices. Most of these industries are located around Ho Chi Minh City, including new industrial areas such as machinery industry, industrial electrical appliances and household appliances. Vietnam's industrial production has grown rapidly, with an average annual growth rate of 19%. Affected by the global financial crisis in 2008, the growth rate has declined. It is expected that in 2015, Vietnam's industrial production growth rate will reach 10%.
Vietnam is the fifth largest motorcycle market in the world. At present, the number of motorcycles is about 38 million. Although the annual sales of motorcycles has decreased year by year due to the improvement of public infrastructure and the increase of public transport and private cars, the sales of motorcycles in 2014 still reached 2.91 million. According to the planning of the Vietnamese transportation department, by 2020, the number of motorcycles in Vietnam will be reduced to 36 million. This shows that the market prospects for Vietnamese motorcycles and their parts and components are still very impressive.
Vietnam's current infrastructure is relatively backward, with no highways or high-speed railways. According to reports, from Hanoi to Ho Chi Minh City more than 1,700 kilometers, it takes about 44 hours by train. The Vietnamese government recognizes the need to develop the economy and the construction of infrastructure is necessary. According to Vietnamese media reports, Vietnam needs 500 billion U.S. dollars in investment in the next 10 years to develop infrastructure. The Vietnam Railway Transport Development Plan proposes that by 2020, the Vietnamese railway industry will increase its investment in the upgrading of existing railway lines, especially the North-South railway line, and increase the average speed of passenger trains to 80 to 90 km. The average speed of freight trains is increased by 50 to 60 kilometers, improving transportation capacity and quality of transportation services. 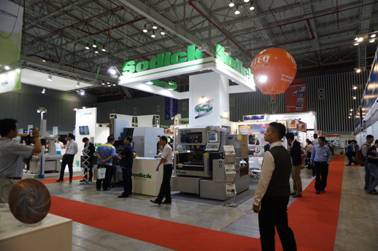 Steel poles are commonly used to carry several types of electric power lines, distribution lines and lighting system.  Distribution lines carry power from local substations to customers. They generally carry voltages from 4.6 to 33kV for distances up to 30 miles, and include transformers to step the voltage down from the primary voltage to the lower secondary voltage used by the customer. A service drop carries this lower voltage to the customer's premises.