Shen Jianguang: What are the near worries and long-term concerns of the Chinese economy?

Real estate bubble and financial risks are near worry
Unlike last year's concerns about growth and the depreciation of the renminbi, this year's forum guests generally recognized the short-term growth of the Chinese economy, but expressed concern about the real estate bubble and financial risks.
I remember that in the keynote speech at the opening ceremony of the forum last year, Vice Premier Zhang Gaoliâ€™s judgment on the Chinese economy at that time was â€œthe first quarter will be able to achieve a good start, and in 2016, it will be difficult to overcome the difficulties. It may be a long time in 2017.â€ After a year of hard work Excess capacity and real estate destocking, the Chinese economy has seen a marked improvement in the first quarter of this year. In this year's keynote speech, Vice Premier Zhang Gaoli was quite proud of this judgment.
Combined with the main economic indicators driven by investment in January-February this year, the negative impact of consumption elimination vehicles remained stable, private investment reversed the downward trend, and sales of engineering equipment such as excavators were close to 300%. The author believes that the Chinese economy in the first quarter of this year More suitable than last year is called "opening the door".
In terms of the RMB exchange rate, last year the forum was more worried about the RMB exchange rate and had argued about the possibility of a one-off depreciation. However, this year, no guest expressed concern about this. The former US Treasury Secretary Henry Paulson said in his speech that the RMB exchange rate indicated that the RMB was not manipulated, and mentioned that the IMF also agreed with this conclusion. And talked about "everyone wants the RMB exchange rate to be stable, or a moderate appreciation."
Although short-term growth is not pessimistic, it is very cautious about real estate bubbles and financial risks. After the housing price rose sharply last year, even after 930, various local real estate control policies were introduced. Since this year, housing prices in some cities have still risen sharply. In this regard, Liu Shijin, former deputy director of the Development Research Center of the State Council, proposed that the city government always intentionally or unintentionally pushes house prices up, resulting in income from land sales. However, excessive land prices have become the biggest cost in all aspects of production and operation, weakening the competitiveness of cities. At the same time, Liu Shijin also mentioned that the real estate tax can not be dragged on for too long, and the reform of the land system needs to be accelerated.
The speech of the senior government financial and economic officials of the Chinese government did not evade the risks of real estate. Instead, it directly pointed out that the lag between fiscal reform, land reform, and public service equalization reform was linked to the real estate bubble, which was a breakthrough over the speeches of ordinary occasions. The decision-making layer is concerned about real estate risks.
As the author mentioned in the column â€œThe Eight Risks of Real Estate Countries Bull Marketâ€ last year, restricting demand is only a short-term means. Increasing supply and actively promoting land and fiscal reform is to let the people dispel the stateâ€™s endorsement of the property market and avoid the real estate market. The key to Hong Kong.

Supply-side reform and Sino-US trade relations are far-sighted
In the long run, as this year coincides with the 19th National Congress, more reforms will be launched in the next five years under the deployment of the new political leaders. The forum is also facing the contradiction of the Chinese economy and the supply side of the 19th National Congress. An in-depth discussion was made on how the reforms were advanced.
For example, any of the leaders of the National Development and Reform Commission in February this year mentioned three major structural imbalances in China's economic development: one is the structural imbalance between supply and demand in the real economy; the other is the imbalance between the financial and real economy; the third is the real estate and the real economy. Unbalanced. He Lifeng made a clear and unrecognized answer as to whether he recognized the current sharp problems of some local governments using infrastructure investment as a supplement. The shortcomings are mainly based on supply-side reforms to improve the soft environment of the business ecosystem and the hard environment of new industries and high-end service industries.
In addition, Lou Jiwei, chairman of the National Social Security Fund Council, also said that policies such as monetary and fiscal policies can indeed increase leverage and increase aggregate demand in stages to prevent the rapid spread of the crisis, but if monetary and fiscal policies are wasted. When the time is bought, then the policy space will become smaller and smaller. Ultimately, reforms will be carried out under tight currency and tight financial conditions. The pain will be more intense, and it will be more difficult to build consensus and easily slide to the left or right.
The author believes that the above statements by Chinese officials reflect the urgency of promoting high-level structural reforms. I hope that after the 19th National Congress, some core supply-side reforms, such as state-owned enterprise reform, land system reform, fiscal and tax reform, and new urbanization construction, can be accelerated.
From the international situation, since the forum last year, there have been black swan events such as Brexit and Trump's victory in the world. The new changes around the global pattern, especially the Sino-US relations, have also become the focus of the forum. Of course, as early as in the forums of previous years, the guests had some descriptions of the "extraordinary state" of Sino-US relations.
I remember that before 2015, US Treasury Secretary Rubin mentioned in the forum a "phenomenon" of Sino-US diplomacy, that is, when China and the United States discussed bilateral relations, they often began to criticize each other: the US complained that the RMB exchange rate was intervened, the government Unfair subsidies for enterprises in energy and land, and China's lack of protection for intellectual property rights; China is not satisfied with the US's control of high-tech products exports to China, and restrictions on Chinese companies' investment access in the United States. Former US Secretary of State Dr. Kissinger attributed the essence behind Sino-US friction to the "traditional conflict between a rising power and a big country" in the forum speech that year.
From this perspective, the evolution of the new pattern of Sino-US relations this year is not accidental. The key lies in how the future will evolve. At the forum, former US Treasury Secretary Henry Paulson called the Sino-US economic relationship the most staunch ballast stone between the two countries. Former US trade representative Barshefsky mentioned that the United States has a reversal in the direction of globalization and marketization, but if the United States is free from this process of globalization, the risks are high, especially for China.
Barshefsky pointed out that some of China's current industrial trade policies do have some bias toward Chinese companies, and China's dependence on exports is very high. In order to avoid the deterioration of Sino-US trade relations in the future, China can further respond to China and the United States in economic reform and opening up, reducing discriminatory measures, promoting intellectual property protection, reducing regulatory barriers, and increasing investment in the United States to drive local employment opportunities. The trade relationship is very unusual.
And this is also in line with the author's article "How to deal with China in the shadow of Trump? In the view of the author, the author believes that Sino-US relations are the most important bilateral relations in the world. Both China and the United States are the biggest beneficiaries of globalization. Just as the authorâ€™s domestic market demand for rapid growth is the USâ€™s trade war has to be cautious. Considering the problem, China will open up the market to a certain extent and cooperate with the reform to promote the fairness of the market subject. It is beneficial to reduce the possibility of trade wars and also to the direction of China's reform.
In short, the forum is not pessimistic about short-term growth, but is concerned about real estate and financial risks. In the long run, whether the 19th National Congress can make breakthroughs in state-owned enterprise reform, land reform, fiscal and tax reform, and how the future globalization trend will evolve, can Sino-US trade relations be the first time in April this year? Further improvement after the meeting will be the key to affecting the economic development of China and the world in the medium and long term.
(The author of this article: Ph.D. in Economics, currently Managing Director of Mizuho Securities Asia, Chief Economist. Visiting Professor of School of Economics, Fudan University, member of the 50-member Forum of China New Supply Economics.)

3.Machine structure is upgraded from double reduction to triple reduction, the shear strength is powerful.

4.Replace clutch system parts from purpose-designed through hole of machine rack, no need to disassemble machine.

5.There is no inverse rotation of electrical control, so it rarely cause machine damage. 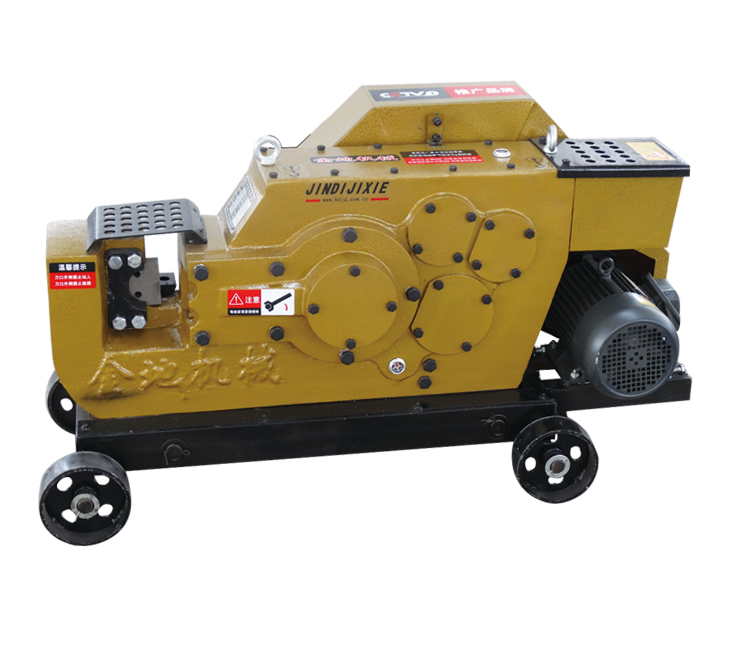 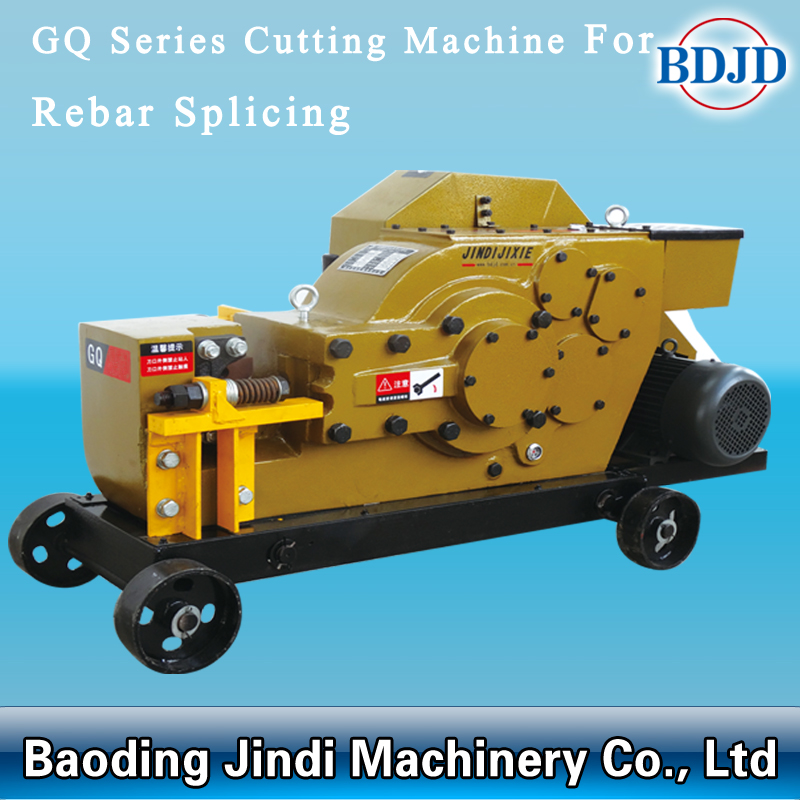