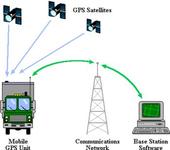 In order to facilitate the supervision of the masses, Shandong Province will set up a report phone, and at the same time adopt a â€œweekend closureâ€ method for the bus and install a GPS system for monitoring.

In the context of the â€œEight Provisionsâ€ issued by the Central Government, the provincial party committee put forward the principle of â€œconsistently insisting on light trucks,â€ and Shandong Province has tightened the curse on official vehicles. In order to facilitate the supervision of the masses, Shandong Province will set up a report phone, and at the same time adopt a â€œweekend closureâ€ method for the bus and install a GPS system for monitoring.

On the afternoon of the 20th, the provincial authorities' traffic management conference was held in Jinan. Wang Zhenhe, director of the Public Transport Department of the Provincial Agency Affairs Bureau, said that the â€œLu Oâ€ vehicle represents the image of the provincial authorities and is an important window reflecting the work style of the provincial government agencies. Strict self-discipline and good examples are of utmost importance. "But there are still a few people who have opened privileged cars, overlords, red lights, and parked indiscriminately. This has caused a bad influence in society."

Further stringent conditions are imposed on the management of official vehicles. No longer equipped with official vehicles for over-designed units. According to the "Administrative Measures for the Use of Official Vehicles in the Party and Government Organs of Shandong Province," the general official vehicles are equipped with cars with a displacement of 1.8 liters or less and prices less than 180,000 yuan, of which the confidential communications vehicle is equipped with a 1.6-liter displacement. (including) cars with a price of less than 120,000. Equipped with independent innovation and new energy vehicles that enjoy financial subsidies, the price after the subsidy is used as the standard for pricing. Law enforcement duty vehicles are equipped according to the standards set by the financial department.

Wang Zhenhe said that in the next step, the competent department will strictly update the equipment according to the standards set by the regulations and prohibit the purchase of vehicles that exceed the standard. He also revealed that, in principle, domestic self-branded cars or new energy vehicles should be equipped.

For the private use of buses, our province will also take measures to strengthen supervision. â€œFor example, some places have started to implement a weekend car closure method and only keep on-duty vehicles. This is worth learning from.â€ Wang Zhenhe also said that in the near future, the official car in our province will also install a GPS system, and the competent authorities will Master the official car's operating conditions and driving trajectory.