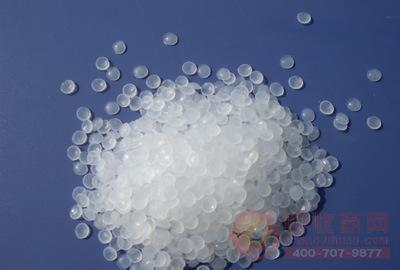 1, the problem of solvency

Take the performance of aromatic solvents as an example:

(1) From the viewpoint of solubility, in the winter, spring, autumn, and summer, there is no obstacle to the mutual adjustment of the aromatic hydrocarbon solvent; (2) this adjustment also forms a very favorable state with the influence of the volatilization rate.

2. The effect of solvent performance on the wet film state during construction

If the proportion of low-boiling substances in the solvent system is too large, the construction temperature is high, and the extreme case is that the solvent is completely volatilized, and the phenomenon of "orange peel" or "spinning" occurs when the thermoplastic acrylic resin is sprayed, which is the case (in fact, A similar situation can occur with other resins). If the true solvent in the formulation is more volatile than the diluent, the overall solubility in the wet film is reduced, and the "solution" is not formed, and the polymer compound is precipitated, and the film cannot be formed.

(1) The evaporation rate of the true solvent in the solvent system should be lower than the corresponding diluent to form a smooth glow gradient, so that the relative proportion of strong solvent in the wet film is increased;

(2) The design of the solvent system should be considered under different air temperature conditions, which not only provides space for cost reduction, but also ensures the quality of â€œwet filmâ€.

(2) The solvent needs to absorb the â€œevaporation potentialâ€ during volatilization during the construction process. The large amount of heat carried by the solvent can make the wet film temperature lower than the ambient temperature. When the temperature is lower than the air dew point, the water vapor in the air â€œcondensesâ€ to the wet film. In the middle, the wet film is â€œwhitenedâ€, opaque, loses light, and affects other quality indicators. Therefore, in areas and seasons where humidity is relatively high, â€œmoisture-proof agentâ€ is required. Butanol is commonly used in volatile coatings (the price is cheaper), and the most excellent ones are alcohol ethers (high moisture resistance and excellent solvent for most coatings), generally 5%-10% in solvent systems. Better anti-whitening ability.

(3) If the boiling point of the true solvent is relatively low, during the spraying process, the excessive amount of volatilization will cause the total solubility of the solvent system remaining in the wet film to decrease significantly. In severe cases, resin precipitation will occur and the paint film will be opaque.

(1) The solvent system is not less than 30% of high boiling point solvent to ensure its action in the wet film;

(2) About 50% of the solvent in the solvent system will be volatilized during the construction process. The requirements for this part of the solvent are not high. Adjusting the variety can reduce the cost.

(3) The use of high-boiling solvents such as alcohol ethers can function as a "stone" for the production, storage, construction and even film formation of coatings. A good solvent system should have a mass fraction of not less than 10-15%;

3. The state of the solvent in the process from wet film to dry film

The wet film undergoes a dry-to-dry process â€“ after three stages of drying, the solvent completes its entire mission. From the conversion process of the wet film to the dry film, the conversion coating relies on further polymerization, and the molecular weight of the film-forming material is continuously increased, gradually becoming an insoluble and infusible network polymer compound, and at the same time, depending on the solvent in the wet film (including the remaining solvent, Diluent) is constantly volatilized; non-converting coatings rely solely on solvent evaporation to become a dry film.

After the paint film is dried, the solvent volatilization in the coating film is hindered by the â€œdryâ€ film of the surface layer. If a large amount of solvent (relatively speaking) has not escaped, the underlying coating also has fluidity, and sag occurs under the action of gravity, even if On the flat surface, the internal solvent is blocked, the drying time is prolonged, and the surface layer is easily broken to form a "scorpion" bubble.

The ideal state is that the paint film can volatilize more than 90% before the surface is dried. For the conversion coating, considering the growth process after the molecule, the solvent residue should be slightly more. From this point of view, the viewpoint of using a high boiling point solvent in the aforementioned solvent system is only relative, and the higher the boiling point, the better.

When the coating film is further dried, the "dry" can be achieved. The drying time of the conversion coating mainly depends on the conversion speed, and the dry drying is the concept in the sense of coating film measurement (the time required for drying the coating film by the same standard), at this time There is still a certain distance in the true sense of "dry" (the residual molecules of the solvent are not running inside), and the hardness of the coating film is not the highest. Both types of coatings typically reach the "dry" stage after 7 days. Sometimes, because some polymer compounds have a strong affinity for a specific type of solvent, these "remaining" solvents are difficult to volatilize and escape, and can only escape under heating. This condition is often called "resin to solvent". Retention, which is also an important reason for the hardness of the paint film.

(1) In the solvent system, a part of the strong solvent must be volatilized at a lower rate than the slowest volatilized diluent, ensuring that the last volatile solvent is a good solvent to obtain a good paint film.

(3) Considering the solvency when designing the solvent formulation, the effect of the volatilization rate on the film formation should be fully considered. It can't be considered that the solvent in the resin solution only accounts for 20-30%, which has little effect. Because the paint manufacturer adds only 20-30% of the solvent used to produce the paint, it is a 1:1 relationship. If it is not handled properly, Will cause complaints; if handled properly, users will get a good evaluation when compared with other suppliers' samples.

(4) The paint manufacturer is a user of the resin manufacturer. When determining the quality of the resin, in addition to some agreed quality standards, they will also conduct application tests, and adjust the film according to their respective formulations and supporting diluents. Taking a two-component polyester varnish as an example, the proportion during the construction is generally: resin liquid: curing agent: diluent = 1:0.5: (1-1.5), when the solvent of the resin liquid and the curing agent enters the overall solvent system of the coating. A considerable proportion of the impact on the coating is obvious. In the improvement of the solvent system, it is necessary to carry out the overall investigation of the paint and film formation, and the use of the diluent sample collected from the user, and the comparative method (ie, simultaneous paint adjustment and spray plate) can be used to see the condition.