Researchers at Northwestern University in the United States have developed an efficient and environmentally friendly method of converting ammonia into hydrogen.

An article recently published in the "Joule" magazine outlines this new technology, which is an important step towards achieving a zero-pollution, hydrogen-fueled economy.

In recent years, the idea of â€‹â€‹using ammonia as a carrier to transport hydrogen has become more and more popular because ammonia is easier to liquefy than hydrogen and therefore easier to store and transport. Northwestern Universityâ€™s technology has broken through several existing barriers to the production of clean hydrogen from ammonia.

Sossina Haile, the first author of the study, said: "The biggest problem with hydrogen fuel cells is the lack of transportation infrastructure." "Hydrogen transportation is difficult and expensive, but an extensive ammonia delivery system already exists, and we are sending it to all parts of the world every day. Transport large amounts of ammonia as fertilizer. If you give us ammonia, the electrochemical system we develop can convert ammonia into clean hydrogen that can be used by fuel cells at any scale of site. "Haile is from the Institute of Sustainability and Energy at Northwestern University deputy director.

In this study, Haile and her research team reported that they were able to use renewable electricity instead of fossil fuel heat to achieve the process of converting ammonia into hydrogen, because the operating temperature of this process is much lower than traditional methods (only It needs 250 degrees Celsius instead of the previous 500 to 600 degrees Celsius). Second, the pure hydrogen produced by the new technology does not require subsequent separation and purification processes. Third, this process is efficient, because all the current supplied to this device directly generates hydrogen without any loss of parasitic reactions. Another advantage is that since the hydrogen produced is pure, it can be directly pressurized to achieve high-density storage. 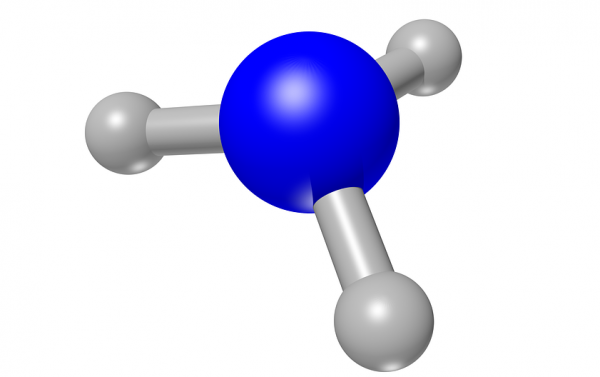 In order to achieve this conversion, the researchers built a unique electrochemical cell with a proton conductive membrane and combined it with a catalyst that decomposes ammonia.

"Ammonia first encounters a catalyst, which decomposes the ammonia into nitrogen and hydrogen," Haile said. "Hydrogen is immediately converted into protons, and then is electrically driven through the proton-conducting membrane in the electrochemical cell. This is Le Chatelier's principle. By removing one of the products of the ammonia decomposition reaction, which is hydrogen, We are pushing the reaction forward, which is beyond what an ammonia decomposition catalyst alone can accomplish."

The hydrogen produced by the decomposition of ammonia can be used in fuel cells. Like batteries, fuel cells use the energy produced by chemical reactions to generate electricity. Unlike traditional batteries, fuel cells can generate electricity as long as they are supplied with fuel without losing power. Hydrogen is a clean fuel, and when consumed in a fuel cell, its only by-product is water. This is in sharp contrast to fossil fuels, which produce greenhouse gases that cause climate change, such as carbon dioxide, methane, and nitrous oxide.

Haile predicts that this new technology may bring about particularly big changes in the transportation field. According to the U.S. Environmental Protection Agency (Environmental Protection Agency) data, in 2018, the movement of people and goods in cars, trucks, trains, ships, planes and other vehicles accounted for 28% of U.S. greenhouse gas emissions, more than any other economic sector. many.

"Battery-powered cars are great, but there are also issues with range and material supply," Haile said. "Converting ammonia into hydrogen in a distributed manner on-site allows you to drive into hydrogen refueling stations to obtain pressurized hydrogen for your car. In addition, the aviation industry is also increasingly interested in hydrogen fuel cells because of the traditional The battery is too heavy."

Over the years, Haile and her team have made significant progress in the field of fuel cells. As the next step in their work, they are exploring new ways to produce ammonia in an environmentally friendly way.